Police: Man broke into Eminem’s home, wanted to ‘kill him’

CLINTON TOWNSHIP, Mich. (AP) — A man who broke into Eminem‘s suburban Detroit home in April told the rapper that “he was there to kill him,” a police officer testified Wednesday. 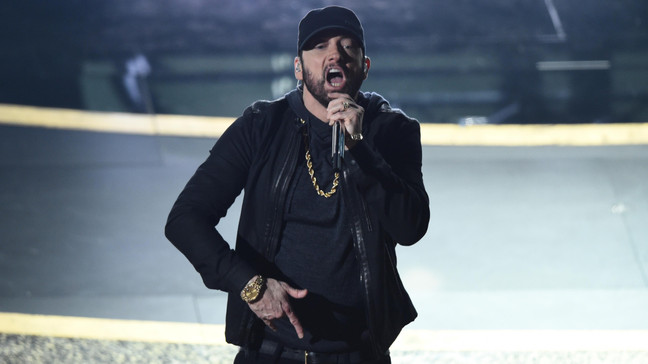 FILE – Eminem performs “Lose Yourself” at the Oscars on Sunday, Feb. 9, 2020, at the Dolby Theatre in Los Angeles. (AP Photo/Chris Pizzello)

A judge found enough evidence to send Matthew Hughes to trial on charges of home invasion and malicious destruction of property.

Hughes wasn’t armed when he was discovered in Eminem’s home in Clinton Township, Michigan. Eminem, whose real name is Marshall Mathers, was sleeping and thought the man was his nephew.

“When Mr. Mathers asked him why he was there, he was told by Mr. Hughes that he was there to kill him,” Officer Adam Hackstock told Judge Jacob Femminineo Jr.

Eminem escorted Hughes out of the house, Hackstock testified.

“In my opinion, I think there’s some sort of mental issues involved here,” defense attorney Paul Glanda said outside court, referring to Hughes.